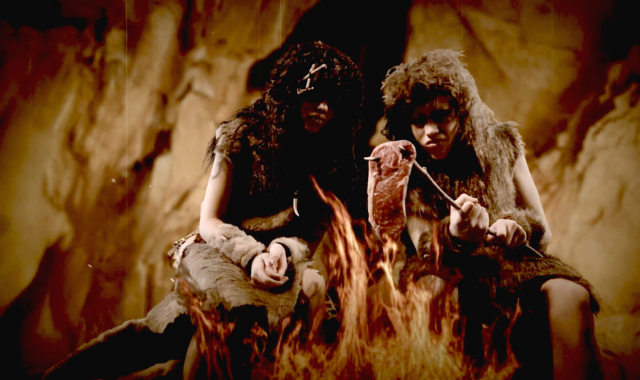 BACK THEN, IF YOUR CLAN DIDN’T HARVEST WILD GAME LIKE THE WOOLY MAMMOTH … YOU DIDN’T LIVE! BUT DID PALEO HUNTERS JUST EAT THIS STUFF RAW?

Watch this video to turn back time and discover how cooking and fire played a role in the Paleo diet. And if your class spears into the lesson activity, you and your peers will discover how to prepare wild fowl for your table! 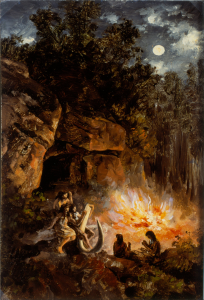 The Clovis people were one of the first Paleo Indians to eat cooked-foods in North America. They were a group of hunter gatherers who migrated from Asia to our continent in 10,000 BCE. The men were skilled hunters who specialized in using “Clovis points” or spearheads to bring down gigantic behemoths from the last ice age, such as the woolly mammoth. These eight-ton prehistoric elephants had enough meat to feed the clan throughout the winter! Can you imagine? Using spears to fight a 15-foot-tall animal? What a dangerous adventure it must have been … These paleo hunters also pursued other wild game: bison, deer, elk, sometimes pronghorn or mountain sheep, and surprisingly, horses and camels. North America actually used to have unique species of horses and camels, but they went extinct 11,000 years ago due to human arrival and climate change. 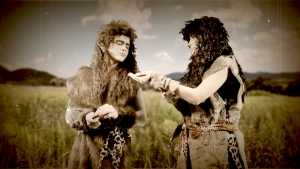 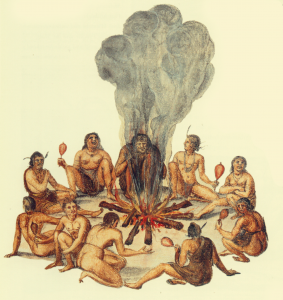 Oh yeah! Cooking revolutionized the Paleo diet. First of all, fire helped detoxify some foods of poisons as well as sanitize them from harmful parasites and bacteria. Also, preparing and cooking meals over a fire ensured that our ancestors extracted as much energy from the food as possible. Think of it like this … when you prepare your meals, you may have to chop, slice, and pound the foods. Then you heat your foods, which break down the connective tissues in meat and softening the cell walls of plants. So in a way, cooking is like you are “predigesting” the food. And when you eat cooked-foods, your body spends less work breaking down the food and absorbing the fats and nutrients. This is a huge plus to clans. There are a lot of calories that are burned in a clan. So by roasting their meals over a fire, clans could extract more energy for their bodies and brains

Do you want to prepare your own Paleo feast? Consider using these ideas to share wild game with your family! 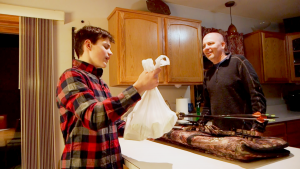 Trade with your clan. Clovis Kids were not always successful at collecting wild meat! So they visited other clans and traded with them to get this energy-rich food source. And you can do the same! Ask any of your relatives or friends who are certified hunters for a portion of game meat. It will offer you the chance to share hunting stories, learn more about the sport, and grow closer to your kin. If you have no relatives, try visiting a sports club or DNR office with your parents to find experts who can share the bounty of nature with you. And don’t forget to thank them. You could even share some of your dish with them when you are done cooking. 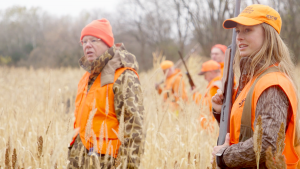 Collect your own wild game. You can experience what your ancestors did and collect healthy meat for your Paleo dish! It’s a win-win. To become skilled in hunter basics and have a safe, successful trip, take a hunter safety course (hunter-ed.com)! Not sure if hunting is for you? That is okay. Look up “youth mentored hunts” to go on a hunting expedition with a safety expert. You will not have to take an education course to attend, and you can test out if hunting is for you! 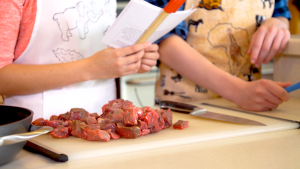 Look up wild game recipes. There are 12,000 years-worth of human knowledge in cooking wild game. Once you know your choice of game meat, search online for recipes. Or you can ask your family and friends for their favorite secret recipe. 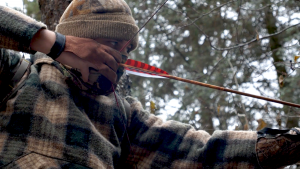 Increase your survival skills. For those of you who really want to experience Clovis Kid lifestyles … think about boosting your primal skills. For example, you could learn how to make a campfire, identify safe and edible plants to eat, and create cooking tools out of stone and bones. But remember …. Safety is key and you should have an adult with you at all times! Some excellent ways to gain survival skills are to attend 4-H and Scout programs near you.