Today, mass media and distance learning have never been more needed and influential to engage people of all ages about the personal rewards of Getting Families Fishing while also supporting the R3 angling efforts of state and federal agencies plus the entire fishing and boating community.

Although agencies and most corporations lack national broadcast television networks and digital channels to tell this family fishing story to the entire nation, the Future Angler Foundation, the U.S. Forest Service and the Into the Outdoors Education Network partnered four years ago to launch the Getting Families Fishing Series to millions, using the power of broadcast television and online education networks. Since then, others joined the program to tell their stories and expanded the series with support from the Wisconsin Department of Natural Resources, the Pennsylvania Fish & Boat Commission, and the Recreational Boating and Fishing Foundation. To make sure all those new anglers were also safe boaters, the series was joined by the U.S. Coast Guard. Even some fishing industry partners have climbed aboard to support the messaging while showcasing their products such as Yamaha and Onyx. 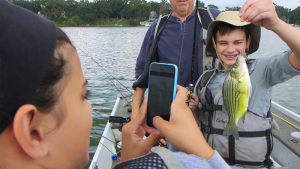 The program was also funded with a one-time grant from the U.S. Fish & Wildlife Service though a multi-state conservation grant. In total, this program has created a 10 half-hour television shows, 28 classroom educational videos with lesson activities and educational website sections for learning about pathways to youth-driven family fishing. And to support every state agency’s R3 fishing missions, this program freely offers all television programs and classroom videos with lesson activities to every state and federal agency, all regional and national teacher networks, all R3 fishing-related NGOs, and the entire fishing-boating industry and R3 communities for unrestricted redistribution. 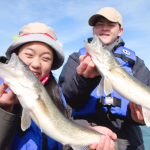 This program not only expanded it series content, it literally exploded its national reach into millions of households across the country. The ground-breaking, fun-filled yet science-based content about aquatic education through angling “hooked” the attention of television stations and channels. Within the past year, the series has soared to 116 broadcast television and digital channels spanning the nation that now include ABC, NBC, CBS, FOX, PBS, Fire TV, Apple TV, Roku TV, Smart TV, Google Chromecast, Fubo TV, NBC TV, Sling TV, YouTube TV, AT&T TV, Hulu Plus Live TV, and CBS All Access with the potential of reaching 150 million viewers.

To fill today’s need in distance learning and classroom curriculum, this program’s 28 educational website topics with videos and lessons in pathways to discover fishing are correlated to Common Core and Next Generation Science Standards, so they fulfill multiple educational requirements, endorsed by 25 other nationally recognized educational programs.

The future success and impact of this series hinges on the participation of content partners (like the past partners’ logos noted below) to help in the continued funding and content development in telling these fishing and R3 angling success stories. As you can see, it’s mostly been agencies that have helped support a program that actually supports the future of the entire fishing industry. And some within the fishing industry (noted below) now realize it’s time they too support their future by being a content partner using the national reach of this program.

To explore the Emmy-winning television and educational curriculum content of this series, simply jump to the Full Episodes, or the Educational tabs… or if you want, click on the individual episodes listed below. We also welcome you click on our partner logos at the bottom of this page to link to their websites. 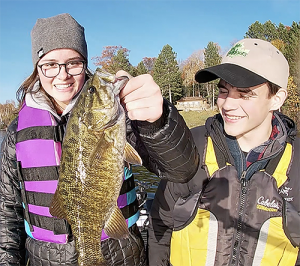 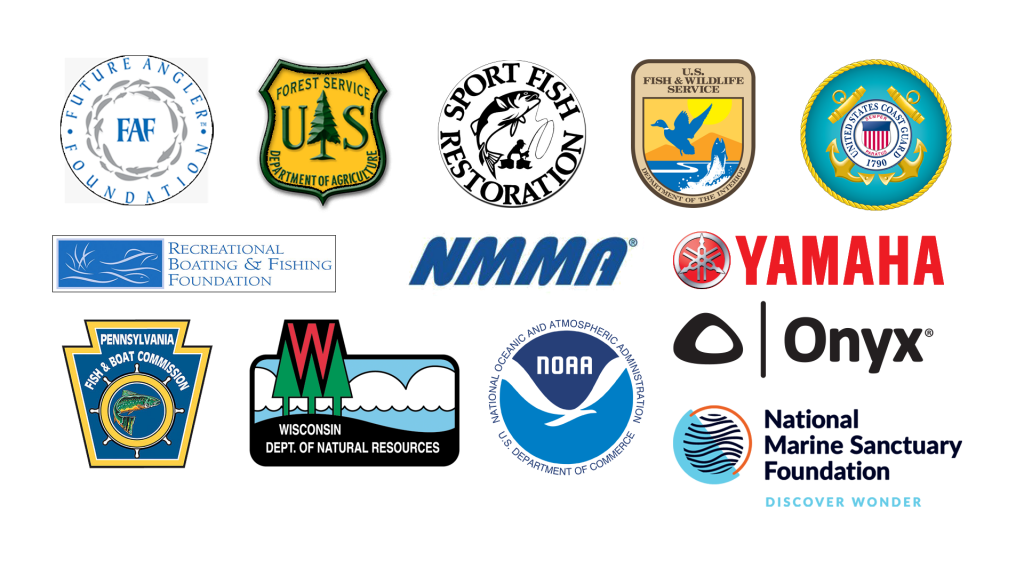