The U.S. Fish and Wildlife Service reports that less than five percent of Americans went hunting in recent years. That’s less that half of the percent of the population that hunted 50 years ago. The 2019 season saw 15.5 million licensed hunters from a US population of 330 million. That equates to an all-time low of just 4.7% of the population who hunted. This continued decline of hunters and the hunter-gather lifestyle, plus its implications on wildlife conservation funding, casts an ominous cloud on the future of the North American Model of Wildlife Conservation. 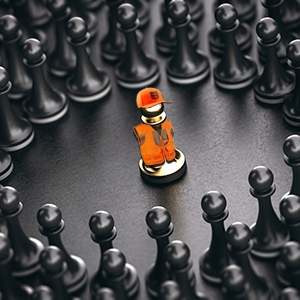 The number of people in America that don’t hunt. Despite representing 95% of the population, a great many of them benefit in various ways from the majority of wildlife and conservation programs that are funded primarily by hunters.

There’s 2400 members in the National R3 Network focused on recruiting, retaining and reactivating hunters and target shooters. But only 1 uses a national television and education network to engage millions of today’s youth with Emmy-winning content about shooting sports. 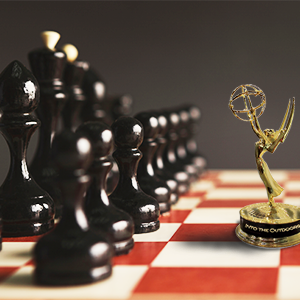 Experts believe that America’s decline in hunting is directly linked to the negative public attitudes towards guns and hunting by today’s generation. In fact, studies confirm that the millennial generation is less likely to be involved with shooting sports than previous generations because of their negative perceptions about guns and harvesting game animals.

That’s why it’s very unlikely that many R3 programs that tell young people to, “go hunting”, or “try shooting” will result in changing those attitudes or be successful at recruiting a new hunter. Most R3 professionals in state and federal agencies agree that recruitment into hunting is more of a stepping-stone process that first requires a young person, using their own value system, to decide for themselves that a shooting sport could be a fun and safe outdoor activity they would like to try. Then they need realistic pathways to expand their shooting sports interests into actually hunting.

So if the process of recruiting young people first begins with them deciding for themselves to try shooting sports or hunting, what tools can effectively make that impression? Research supports that today’s youth are greatly influenced in their lifestyle and recreational decisions in two ways: 1) Peer-hosted media that entertains, engages and educates them, 2) Peer-driven classroom activities where they share in a process of discovery and self expression. And once kids form their own value-based decisions, they have a major influence on their family’s recreational activities.

Unfortunately, most R3 agencies or organizations simply don’t have the multi-million dollar staff, media infrastructure, an Emmy-winning syndicated broadcast television and digital networks, or today’s technical experience to produce and nationally distribute television programs and classroom educational curriculum that can inspire millions of kids to want to explore shooting sports or to go hunting some day.

Fortunately, the Safari Club International Foundation, the Hunter Legacy Fund and a growing number of state agencies and R3 orgs, have partnered with the Into the Outdoors Education Network to launch America’s Hunter Legacy television series. Their success made television history in 2018 by winning the Emmy from the National Academy of Television Arts & Sciences as the top youth educational program in the Midwest. For the first time, Hollywood awarded a show that promotes kid’s hunting. That, along with extensive youth engagement strategies, prompted the U.S. Fish and Wildlife Service to also join the program in 2019 through a Sport Fish & Wildlife Restoration grant to create the America’s Conservation & Hunting Heritage Series.

The end result to date are 6 half-hour America’s Conservation & Hunting Heritage television shows distributed nationally on 116 channels in an Emmy-winning youth education series. The program has also produced 26 classroom shooting sports and wildlife conservation videos with lesson activities that inspire and empower youth to explore the shooting sports. All of this is projected to impact over 15 MILLION kids and their families over the next 5 years. Judge the youth engagement for yourself of this shooting sports and hunting heritage content by watching some of these programs: http://intotheoutdoors.org/wildlife-conservation/

Whew! So it looks like the R3 shooting sports and hunting community can simply sit back and breathe a sigh of relief knowing that the tide is about to turn on recruiting our next generation of shooting sports enthusiasts… right? Wrong.

Sorry, not yet. The founding partners can no longer be expected to fully fund a program that benefits the entire shooting sports and hunting community. It’s now time for the rest of the R3 agencies and hunting community to partner in the continued success of this one-of-a-kind program that’s benefiting their collective future. So please take a moment to see all the ways this program inspires and empowers our future shooting sports enthusiast and hunters. Then stand alongside your peers in helping fund the program while also getting to tell your custom R3 story to millions across America. It’s easier than you might imagine. Simply contact us to learn how to leverage our $300,000 in television airtime in an Emmy-winning series with your R3 story to reshape the future of shooting sports and hunting.

And be sure to watch the video below on how we use science and psychology to reshape America’s perception of shooting sports and hunting!

The Into the Outdoors television and digital networks impacts millions using the power of 124 channels on ABC, NBC, CBS, FOX, and PBS plus the top dozen national digital channels. This television series is the only outdoor youth program to earn 17 Emmys from the National Academy of Television Arts & Sciences for the top educational series in the Midwest. Plus, your show and your story is also offered to all 277 PBS affiliates nationally by the National Education Telecommunications Association. All told, a potential national audience of 150 MILLION viewers.

This series is now part of a National PBS offering through the National Educational Telecommunications Association (NETA) distribution system that reaches and presents educational programs to over 277 public broadcasting stations across 46 states. Each month, over 109 million people watch their local public TV stations.

Each half-hour TV program is converted into Youth Shooting Sports and America’s Hunting Heritage classroom education videos distributed on the Into the Outdoors Education Network to teachers and students nationally along with free classroom lesson activities that encourage hands-on learning about hunting and shooting sports.

All of the television shows and educational videos are distributed free open-source nationally to every state/federal agency, shooting sports orgs, the hunting and shooting sports industries, and the entire R3 community via a dedicated media server 24/7 to use freely to enhance their R3 programs

And finally, all of the entertainment and educational media content in this program employ key psychological and production elements that empower kids to think critically for themselves using their sensibility and value systems. Research shows that these sophisticated media and educational techniques can be 400% more effective at shaping someone’s perception as opposed to trying to tell someone what to think.

Discover how we crack the R3 Shooting Sports code

See how engaging millions in households and classrooms across the country uses a combination of innovative media networks, Emmy-winning programming, and the psychology of empowering critical thinking

See all the ways you can help make a difference

Look at all the R3 engagement elements in this trailer of clips made from the half-hour programs that inspire millions of today’s youth to discover shooting sports.

By now you can see how this program uses three proven pillars that engage today’s generation – television, online videos and peer-learning classroom activities combined with key R3 strategies to create pathways for kids and their families to discover shooting sports. And when you look at the partners below, you may notice that one of the most important things missing from this program right now… is you. So please take a moment to give us a call to learn more about a partnership role that can make your story part of the actual program content.