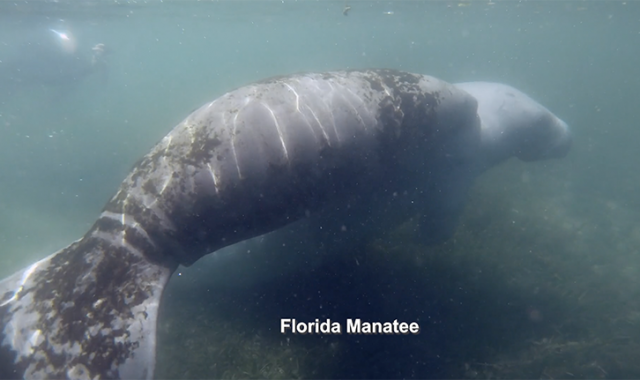 It's easy to get lost in the fun of fishing and maybe forget the responsibility that all anglers share in practicing "ecosystem ethics". Those are fancy words for taking a moment to consider the ecosystem you're impacting when angling, then doing what's right for the ecosystem.

Whether you're fishing Florida estuaries or Midwestern lakes, by understanding and practicing aquatic ecosystem ethics you help preserve three very important things; 1) all the species that live there, 2) the waters and shorelines you're fishing, 3) your reputation and personal integrity as an angler.

Let’s say you invited a new friend over to your house. But while they visited, they kicked your dog, used fowl language in front of your mom, and spit their used bubble gum on your living room carpet… then stepped in it. As they left, they said, “That was fun. When can I come back?” You’d probably yell, “NEVER AGAIN!” And if aquatic ecosystems could talk, they might also say something similar to irresponsible anglers who abuse the privilege of fishing there.

With that in mind, let’s pretend for a moment that all the biotic (living things) and abiotic factors (non-living such as water) in an aquatic ecosystem could in fact speak to us, here’s a few things they would say about angling ethics.

Treat our fish with care – The fact is that the process of fishing involves pulling an aquatic organism (a fish) out of the environment they need to survive. And whether you’re considering keeping some fish for a sustainable food source, or releasing everything you catch, consider these ethical points:

Ah, that’s a good start on your angling ethics, but you still have three more important things to discover in the “Learn More” section below. And so your entire classroom can share in being responsible ecosystem stewards, share the lesson activity with them and your teacher. It’s free at the bottom of this page.

Respect all the organisms in the ecosystem where you’re fishing. Other than swatting that mosquito biting your face, there’s no reason to disrespect all the other creatures that make up the ecosystem. So don’t harass, harm, or mess with turtles, snakes, frogs, aquatic mammals, or birds. They each serve a valuable niche in the aquatic food web. Oh yeah… to learn more about those food webs, check out this food webs page and the videos there.

Invasive Species – Maybe you’ve already studied some food webs and learned about the problems caused by invasive species. And because water is the ideal habitat for the spread of many invasive species, it’s become a growing and serious problem for both anglers and the ecosystems they fish. Rather than drown you with some of the boatloads of information on aquatic invasive species, your “ethical angler assignment” is to do an Internet search on the following species and jot down; 1) why they’re a problem, 2) how they harm native ecosystems, 3) how to prevent their spread to other systems. 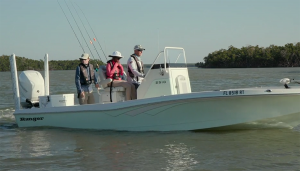 Your Actions and Attitude can be seen by others and reflect your angling ethics or your lack of them. Remember the opening scenario of your friend using foul language in front of your mom? The same thing can happen when anglers use loud or inappropriate language when fishing that can be heard by other boaters, kayakers, or shoreline residents. So do yourself and the image of angling a favor by conducting yourself accordingly and treating the environment around you with respect.