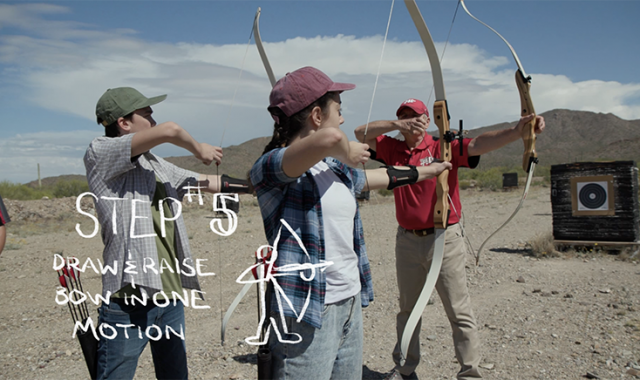 Of all the innovations that humans made between 500 and 25,000 years ago, the bow and arrow not only changed how humans hunted for food, they determined what kingdoms and empires rose and fell throughout history and around the world.

To get a sense of the potential power and accuracy of a bow and arrow, you only need to watch a couple of notable movies such as Lord of The Rings series, 300, or The King (that recounts the famous Battle of Agincort). For thousands of years the bow and arrow combined with the skills of archers determined who ruled nations. But nowadays archery offers recreational pathways to personal growth, physical fitness, self-confidence, hand-eye coordination and downright fun with friends and family. And if you're wondering how easy it is to get into archery and learn the basic skills, just watch these two teen who never tried archery before filming this video. 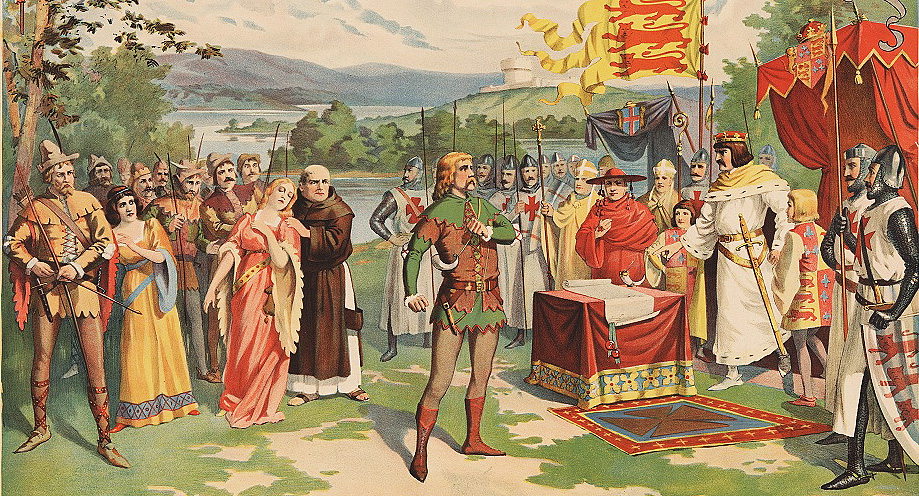 There’s an old saying that, “Archery is the king of sports, and the sport of kings“.  In medieval times that was certainly true and especially for royalty… as Robin Hood defies King John in the image above. But today, despite being thousands of years old and still a way of life for some rare primitive cultures, archery remains the king of sports for many outdoor enthusiasts.

So what makes archery such a popular shooting sport? Many people will simply say it’s fun. But we’re science geeks here so let’s try to decode the F-U-N of archery.

The “F” in the word fun could mean the “Force-draw conversion”. Sorry for the diversion into physics but archery is really the conversion of your body’s physical muscular energy into “stored energy” in the limbs of the bow that’s suddenly turned into the kinetic energy of the arrow launching from the bow. Okay, even that’s a bit too geeky for us. No matter how you define it, there’s something almost mystical about actually feeling your body’s muscles being converted into launching something over 200 feet-per-second through space and ker-thumping into a distant target. If you doubt that, try a simple experiment. First, try converting your body’s physical energy into kinetic energy on a sport you haven’t tried before. Maybe whacking a tennis or golf ball, bowling, or tossing a Frisbee. Next, try shooting an arrow from a bow. If you’re like most people, you’ll feel your body’s energy in the arrow as you watch it soar toward the target. And unlike most sports that involve hitting or launching balls, you’ll never forget the feel of your first arrow. 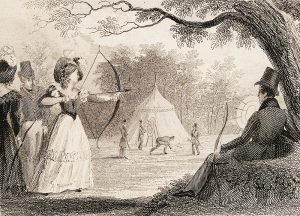 The “U” in archery is Understanding the five simple steps to draw, aim and shoot an arrow. Watch the video here to get some expert advice from a world-class archery coach from PSE Archery. And as you watch these two teens, remember that neither of them shot a bow before filming the video. The “U” could also mean Universal because archery can be enjoyed by anyone from 2 years old to 102 (and beyond). It also has Unlimited ways to enjoy the sport from target shooting, 3-D competition, bowfishing, bowhunting, “stump shooting”, and even archery-golf in some places. And of course there’s National archery tournaments and the Olympics.

Finally, there’s the “N” part of it. That’s because archery Naturally connects you with Nature. Though few sports actually feel “natural” when you first try them, many people admit that archery feels natural, like it’s part of our DNA that been released from a primal part of our brain. Ask any archer and they’ll tell you about their almost mystical connection with the sport. Plus, there’s no question that either an outdoor archery range or one of the bowhunting pursuits puts you outside in nature. Plus, as you evolve as a bowhunter, you’ll develop advanced outdoor skills on how to get within close range of wild animals. That in turn elevates your understanding of entire ecosystems. 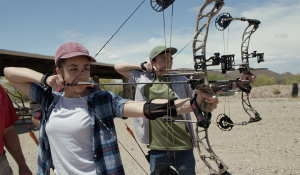 So to try archery for yourself, explore the links below. You’ll discover all kinds of helpful pathways to archery from NASP (National Archery in the Schools Program), Archery 360, to finding local archery clubs or ranges near you with youth programs. And to explore archery in your classroom, have your teacher download the lesson activity below. Also, check out the “Learn More” tab below… and discover a sport that can last a lifetime and possibly win you gold someday at the Olympics. Enjoy the journey of discovery in all of the content in our America’s Conservation & Hunting Heritage Series funded by the U.S. Fish & Wildlife Service in partnership with Safari Club International Foundation, a nonprofit org dedicated to promoting wildlife conservation across the country. And even if you don’t decide to try the challenge of shooting sports, consider the fact that everyone who participates in these sports helps fund conservation programs that all American’s enjoy. 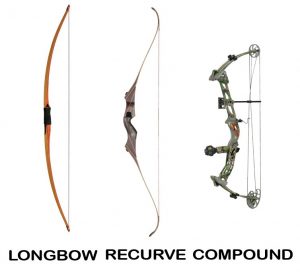 One of the first things you’ll discover about archery today are the choices you have in selecting a type or style of bow. And although crossbows use a bow as part of the overall shooting mechanism, we’ll focus on bow types that are clearly recognized as a “bow and arrow” where the archer draws, holds, aims and releases the string to shoot the arrow.

Longbows are basically a “stick and string” and probably the first bows used thousands of years ago. Despite their ancient design, they remain a popular “traditional bow” for many archers today. Unlike Robin Hoods hand-made yew-wood longbow, today’s longbows may look similar in shape but are laminated wood and fiberglass that can cast an arrow with impressive speed and accuracy. They’re simple and fun to shoot, plus relatively lightweight and quick to aim. They are often the choice of trick-shot archers who have honed their shooting skills to hit bottle caps and even aspirins tossed into the air (check out some trick shot archers on YouTube). Besides being fun to shoot, they can also be an effective hunting tool for big game. 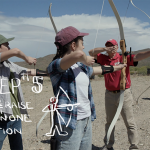 The other style of traditional bow is a recurve bow. It’s similar to a longbow in its simplicity but the outer ends of the bow limbs are “recurved” in the opposite direction of the overall bend of the limb. This slight recurve bend in the limb tip increases the effectiveness of converting the bow’s stored energy into arrow speed. In fact, the bows used by Attila the Hun and his Hun bowmen to conquer the much of the known world around the year 450 had the early advantage of a recurve type limb. And if you’re going to compete in the Olympics someday, you’ll need to shoot a recurve bow. Like the longbow, they’re simple, easy and fun to shoot, plus a popular choice for bowhunting and bowfishing.

The most popular bow today is the modern compound bow. The compound bow was first developed in 1966 by Holless Wilbur Allen in Billings, Missouri and uses a combination of a pulley/cam system with cables to reverse the “force draw” curve 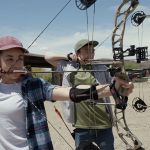 of the bow. So unlike aiming while holding the full draw weight of traditional bows, the compound bow bow allows the archer to hold and aim at full draw with much less of the bow’s draw weight. Bottom line is that it’s easier to aim and shoot more accurately. Plus, the mechanical advantage can more than double the arrow speed over a similar draw weight traditional bow. The end result is a bow that’s easier to shoot an arrow that’s faster with less “arch” in the arrow’s trajectory. These bows can be extremely effective at hunting big game and a recognize tool in helping managing wildlife populations.

No matter what type or types of bows you shoot, bowhunters across the nation enjoy separate hunting seasons so they can quietly go “twang” instead of “bang” in harvesting wild game.