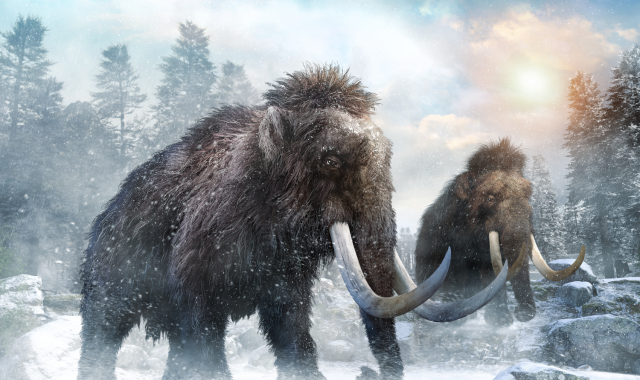 THERE’S MAMMOTHS OUTSIDE YOUR CAVE … AND MEAT IS THE KEY TO YOUR CLAN’S SURVIVAL. SO WHAT TACTICS WOULD YOU USE AS A PALEO HUNTER TO TAKE DOWN THESE MASSIVE ANIMALS?

Curious about how Clovis Kids hunted for food? Well, sharpen your spears and watch this video to investigate the techniques Clovis Kids used to hunt 8 TON woolly mammoths! 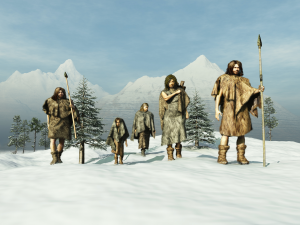 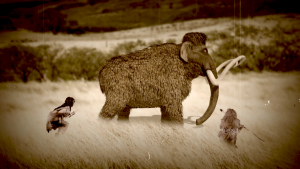 You have to wonder though … Were there other animals they hunted? And how come we don’t see mammoths around anymore? Did Clovis kids impact our wildlife today? Harvest those answers for yourself by watching the video. And if you hustle over to the lesson activity below, you and your peers will investigate how to conserve a “recently discovered” woolly mammoth herd!

Aha! So you want to have some more mammoth fun? Try some of these activities to get a sense of what it was like to live as a Clovis kid ….

Try knapping your own Clovis spearpoint with an adult. Search online “flint knapping” to learn the ancient craft of breaking stone into spearpoints … just like the Clovis kids. You will need some safety glasses, work gloves, a hard surface, bone, and a flint rock.

Practice throwing with an atlatl. That’s right! There are several organizations who host events and give kids opportunities to hone this primitive skill. Use the Atlatl finder map to connect with a club, museum, or expert near you!

Go hunting for food. This is a great way to celebrate our ancestral heritage. You can experience what it is like to share wild game with your own clan! To begin your hunting journey, go on a mentored youth hunt or enroll in a hunter safety course on hunter-ed.com to get your hunting certificate!

Watch the video! You will see what tactics Clovis kids used to bring home wild game to their families. There’s lots of spear throwing … bonfires … and mammoths! Go check it out!