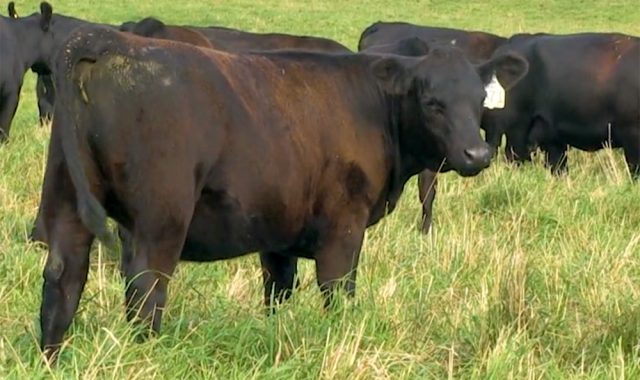 We all know that we depend on farms for our food, bio fuels, and other products we use in our daily lives. But modern farming practices also have the potential to wear out the soil, deplete its depth, and pollute surface and ground water. Thousands of farms in our state have to shut down every year due to these problems. We need all of these farms to sustain our state’s viability and economic health. But how can we mitigate the problems farmers face and the environmental problems that farming can cause in order to make farming sustainable for the future? Today’s farmers are learning that the old ways may be the best ways. Watch Searching for Sustainability to find out how farmers are looking to the past for old methods to solve these current problems! 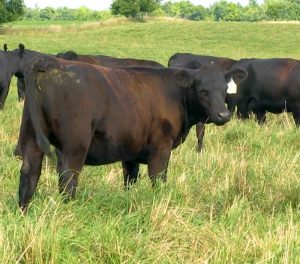 Early Wisconsin farmers grew grain throughout the Southern half of the state where the grassy prairies had once been.  Through the mid to late 1800’s, logging on the Northern half of the state was completed, which opened up to farming in the North.  However, by this time, farmers determined that the Southern soils had been depleted by the nutrient-greedy grain and the Northern soils were too sandy and thin to grow crops.  So farmers many turned to dairying as the best method to make use of their land.  Their herds were typically moderately sized, and they could pasture them throughout most of the year, making labor and cost manageable for the farmer. 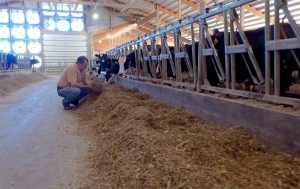 As dairy farms became larger and larger in the mid-late 1900’s, a system of supply and demand replaced the pasture forage for the dairy cows.  Where cows are kept without pasture, hay is cut and dried, stored, then hauled to the cows along with grain, in order to keep more animals fed in a smaller confined space.  The waste from these cows has to be scooped up and hauled away to be safely disposed, instead of just letting it drop and decompose naturally as had been done in the pastures.  Large modern dairy farms are labor and cost intensive, and have to be carefully managed to keep cows and nearby people healthy.  It is a difficult task to keep cows healthy in this unnatural environment, and runoff filled with cow waste is not only gross, but could be a dangerous contaminant in surface and underground water. 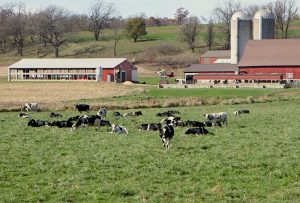 A more sustainable and healthy method of keeping cows that is being revived in Wisconsin today is the practice of managed grazing.  What is managed grazing?  Think back to the days of shepherds.  The shepherds took the sheep from pasture to pasture so that the sheep could eat fresh forage grasses and tasty plants.  Because the sheep moved continually, the plants had time to recuperate their resources before the sheep came back to eat again.  Farming systems in Wisconsin have traditionally focused on open fenced pastures where cow movement was undirected.  In crowded pastures and feed lots, animals are confined to small area that never has time to recover, so instead of having fresh forage that is fed by their manure, the trampled ground becomes impermeable and so covered in manure that no plants can grow.  By moving animals to larger pasture areas and directing their access to make sure they are in a different portion of the land every day, the plants can rest and feed off the manure to become healthy again before cows come back. This process keeps the manure in the pasture system where it is directly used, instead of allowing it to wash off into surface runoff or ground water systems.  The cows are also healthier when eating pasture forage than when eating cut hay or grain, and they produce more high quality products for consumers.  The need for antibiotics is reduced, and there are more nutrients in the cow milk.  Managed grazing is a low cost sustainable farming method that minimizes labor, minimizes land and water impacts and maximizes health of plants, animals and humans.  The revival of managed grazing may just keep the dairy in “The Dairy State.”

Watch Searching for Sustainability to see for yourself how managed grazing methods helps the environment, farmers, neighbors, consumers, and yes – the cows themselves!

By now you’re aware of how Managed Grazing can help improve and maintain the quality of the land, but how does it help the farmer economically?

When managed grazing techniques are used, the costs associated with herd health and purchased feed are reduced greatly. Additionally, the costs switching to a managed grazing system are low for start-up and maintenance. This leads to more net farm income per each cow. 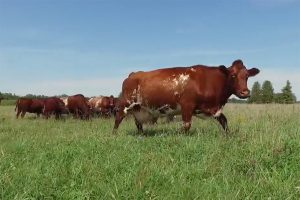 Another thing to consider is that with managed grazing the number of cows per acre can increase. This results in more productivity, or output, per acre at a lower cost to the farmer. Not to mention, the technique saves the farmer time as the majority of work which might otherwise require human labor is now transferred to the herd.

For even more information, refer to the links below about how Managed Grazing can have a positive impact on the environment and more!

The next step is to download the lessons and/or discussion guides on this page that can combine real problem solving education in the classroom with the real connections between students and the natural world. Chances are they’ll become better environmental stewards afterwards.

And Planet Earth definitely could use more of those!