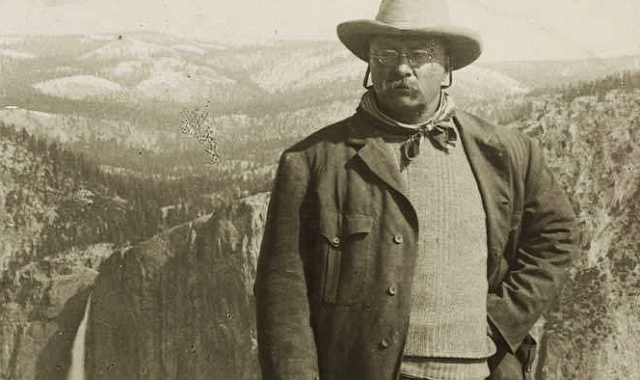 Who helped saved America's wildlife in the late 1800's and paved the way for The North American Wildlife Conservation Model? Watch and discover how our Conservation Pioneers played vital roles.

The waves of pioneer settlers that swept across the country during the 1800s thought the vast herds of wildlife would last forever. So they shot them for food and profit without much thought about the future of the species. And like the passenger pigeon the was hunted into extinction, many species sat on the brink of being wiped out in many parts of the country. So who helped reverse the course of wildlife in America and what did they do? Learn about the history and future of wildlife populations so you can either become a conservation professional or play a role in wildlife conservation. 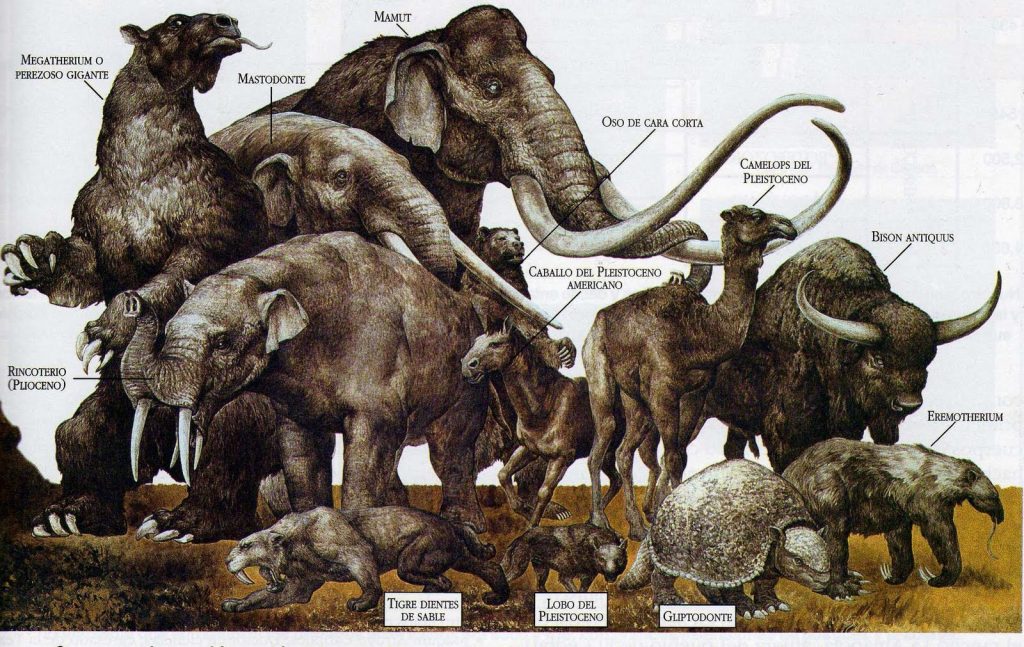 Scientists now know that early Paleo-hunters played a lethal role in the extinction of many of North America’s megafauna. Using flint-tipped spears and arrows over the past 15,000 years, they over-harvested many big game species to the point of extinction. The list of these creatures is pretty astounding and includes, North American horses, glyptodons, mastodons, mammoths, short-faced bear, dire-wolf, American cheetah, ground sloth, giant beaver, camels, and more. It’s hard to believe, but explore the Internet to learn more about these long-lost animals of the American landscape. 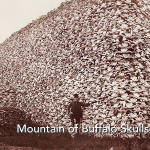 Unfortunately, the waves of European immigrants that flooded to America in the 1700 and 1800’s didn’t know about America’s past of hunting megafauna into extinction. So they shot and ate what was left of America’s wildlife as if the herds would last forever. But of course they wouldn’t last forever. Especially when the population of European immigrants doubled from 17 million to 32 million between 1840 and 1860. To feed the masses of humans invading America and reduce the food sources of Native Americans, buffalo hunters descended upon the 33 million buffalo that once spread across the west.  In 1870, market hunters killed an estimated 5 million buffalo that year alone. And by 1886, there were only 540 bison left in the entire United States, mostly in the Yellowstone area of Montana.

But thankfully for America’s wildlife, things began to turn around in 1872, when the outcry of early conservationists prompted President Ulysses S. Grant to established our first national park, Yellowstone, that included over 3,300 square miles. Next, a politician, hunter, and conservationist named Theodore Roosevelt organized a group of hunters in New York to form the Boone & Crockett Club in 1887… with a mission of preserving the big game of North America. More and more people pushed for conservation of America’s wildlife and in 1900 Congress passed the Lacy Game and Wild Birds Preservation and Disposition Act, that made it illegal to transport wild game taken illegally across state borders. 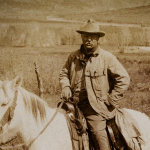 Then in 1901, Teddy Roosevelt became President and spearheaded a new era of wildlife conservation. He strongly believed in protecting as much land as possible for wildlife and public use. During his presidency, Roosevelt helped protect wildlife and habitat by establishing 148 million acres of land in 16 national monuments, 51 wildlife refuges, and 5 national parks. 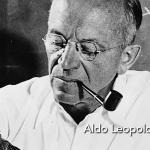 To learn more about the story of America’s Pioneers in Conservation, watch this video, have your teacher use the classroom lesson activities below and click on the Learn More tab below.

This wildlife education program is made possible with support of these key educational partners. You and your teachers can link to their websites for additional information and educational opportunities. 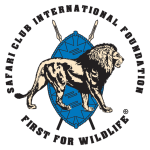 oundation’s American Wilderness Leadership School location in Jackson, Wyoming, educators and students learn about conservation, wildlife management, and outdoor recreation through outdoor, hands-on activities. Their Hands on Wildlife (HOW) program provides educators with conservation education instructional tools they can use in hands-on instruction. 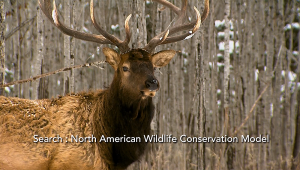 These basic principles of the North American Wildlife Conservation Model are detailed in a series of guidelines known as the Seven Sisters for Conservation.

Sister #1 – Wildlife is Held in the Public Trust – In North America, natural resources and wildlife on public lands are managed by government agencies to ensure that current and future generations always have wildlife and wild places to enjoy.

Sister #2 – Prohibition on Commerce of Dead Wildlife – Commercial hunting and the sale of wildlife is prohibited to ensure the sustainability of wildlife populations.

Sister #3 – Democratic Rule of Law- Hunting and fishing laws are created through the public process where everyone has the opportunity and responsibility to develop systems of wildlife conservation and use.

Sister #4 – Hunting Opportunity for All – Every citizen has an opportunity, under the law, to hunt and fish in the United States and Canada.

Sister #5 – Non-Frivolous Use – In North America, individuals may legally kill certain wild animals under strict guidelines for food and fur, self-defense and property protection.  Laws restrict against the casual killing of wildlife merely for antlers, horns or feathers.

Sister #6 – International Resources – Wildlife and fish migrate freely across boundaries between states, provinces and countries.  Working together, the United States and Canada jointly coordinate wildlife and habitat management strategies.  The Migratory Bird Treaty Act of 1918 demonstrates this cooperation between countries to protect wildlife.  The Act made it illegal to capture or kill migratory birds, except as allowed by specific hunting regulations.

Sister #7 – Scientific Management- Sound science is essential to managing and sustaining North America’s wildlife and habitats. For example, researchers put radio collars on elk to track the animals’ movements to determine where elk give birth and how they react to motor vehicles on forest roads. 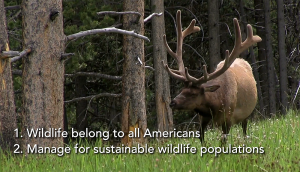