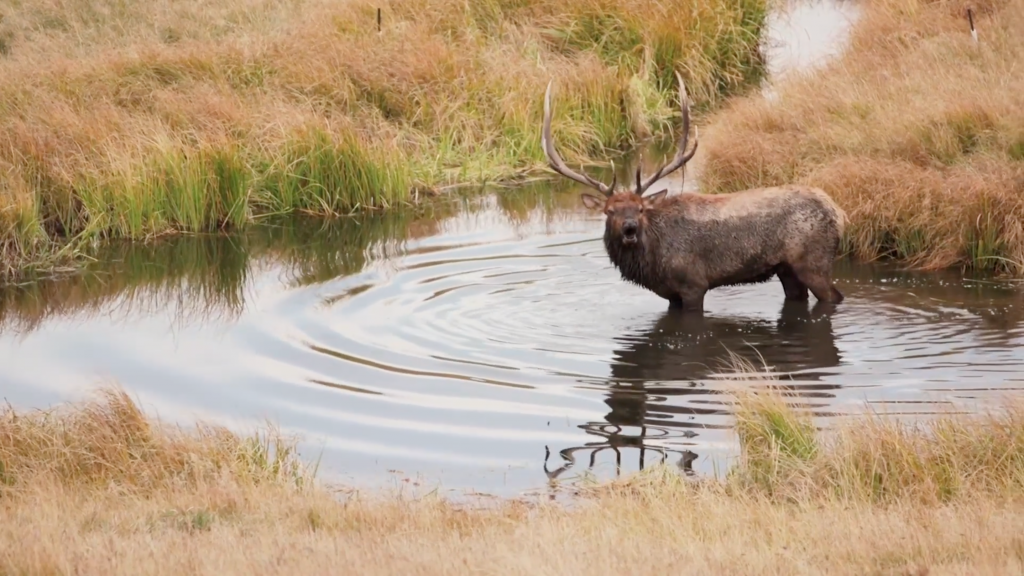 It might be easy to mistake an elk for a deer or maybe even a moose, but elk are in fact a separate species, despite being part of the deer family. Elk are one of the largest terrestrial mammals in North America and are known for the bull’s bugle call that can carry for more than a mile. They can live in meadows, rainforests, hardwood forests and even deserts making them very versatile.

Historically, elk roamed the United States and Canada at numbers around 10 million, but due to overhunting, habitat loss and urbanization their numbers had declined to a staggering 100,000 in the early 1900s. During this time, all elk east of the Mississippi River had completely disappeared, and for 130 years elk were eliminated in the state of Wisconsin. It wasn’t until 1995 that 25 elk were reintroduced into the Chequamegon-Nicolet National Forest near Clam Lake and elk once again roamed in Wisconsin. But why is the return of the elk so important?

When elk were eliminated in the state of Wisconsin, their absence was felt heavily within the native tribes of the area, namely the Ojibwe Nation. The Ojibwe Nation is the most populous tribe in North America and they occupy land around the Great Lakes region. Restoring elk populations is important to the Ojibwe tribes because it is reviving a piece of their culture. Bringing elk back into Wisconsin was a major team effort by the Ojibwe tribes, the Great Lakes Indian Fish & Wildlife Commission (GLIFWC), the Rocky Mountain Elk Foundation (RMEF) and the Wisconsin Department of Natural Resources. If you haven’t already, check out our episode “Into Bringing Back Wisconsin’s Elk” for more information on the importance of elk in the Ojibwe culture as well as the role the tribes had in bringing them back.

While the elks’ absence was felt culturally, it was also felt within the natural environment. In some locations, like Yellowstone National Park, elk are considered a keystone species. A keystone species is a species on which other species in an ecosystem largely depend, in a way that if it were removed the ecosystem would change drastically. While Wisconsin’s elk aren’t considered keystone, they are currently listed as a protected species in the state of Wisconsin — not classified as endangered or threatened. The goal of the elk reintroduction is to restore the elk populations within the areas where they lived historically and to reinstate their connections within the natural ecosystem. Elk are important for managing and maintaining plant communities through their grazing and browsing, and they also provide a source of food for predators like wolves and bears. The proper management of the elk population can help promote biodiversity and ecosystem functions. While reintroducing elk into this ecosystem will take time, restoring elk populations is like piecing together the web of life, putting something back in place that had been missing.

As the elk numbers in Wisconsin continue to slowly grow, many efforts have been put in place to protect the fragile elk populations until their numbers are more established. One of the highest causes of elk fatality, unrelated to the natural ecosystem processes, is car accidents. To prevent these accidents, the DNR has implemented precautionary measures that give the radio tracking collars — fitted onto elk to gather information on their movements and preferred habitats — another purpose. The collars are given a reflective blaze orange color so they are more easily seen by drivers traveling during twilight hours. The DNR has also implemented an elk crossing warning system in high risk areas up in northern Wisconsin, where the Clam Lake elk herd lives. This system relies on the radio collars to trigger the flashing warning lights on the cautionary signs whenever elk were within a mile of these high risk areas, alerting drivers to slow down and watch the edges of the road. Taking measures to stop these preventable deaths helps manage the growth and survival of the elk herds in Wisconsin to ensure the success of their reintroduction.

Thanks to the work of restoration programs and conservation groups, wild elk populations are at an estimated one million living in the western United States and Canada. As these numbers continue to rise, elk are successfully reclaiming their role in the ecosystem.

They’re Back! Reintroducing Wisconsin’s Elk
The Importance of Forest Management
Big Hearts Saving Animal Lives: Two Types of Heroes
Real Versus Artificial Tree: The Sustainable Choice
Why You Should Put Down Your Phone and Head Outside - But Read This First
PARTNER WITH US
CONTACT US