Connectivity In The Classroom
The Sea Lamprey - Parasite or Predator?

Maybe it's only natural that us humans rarely think about how our actions today might impact others or the environment 100 years later. That was especially true back in the late 1800s when a fledgling America roared into the 20th Century. We needed lumber, electricity, transportation, and fossil fuels to feed the growth spurt of our young nation.

So we built dams. Lots of dams on lots of rivers, both big and small. We built some to last for centuries, others just using dirt and wood. They generated electricity, created backwaters, and we used the power (weight) of elevated water to drive grain and lumber mills (thus the word "mill pond" - a reservoir of water behind a dam that's used for driving a mill-wheel).

Despite all the dam-good intentions, (mostly to make someone money), over time the dams grew older, backwaters filled with silt, they became idle and failed to generate enough power to bake a pizza or grind a loaf of bread. One solution was to simply walk away and let some later generation deal with it. Besides, what harm would it do just leaving it alone?

Sadly, the fact is, nothing lasts forever. And communities began discovering two things about old dams: 1) old dams can become hazardous and fail, endangering property and lives downstream, 2) old dams prevent aquatic and related ecosystems from functioning as they had evolved to do over millennium. In short, dams created a stagnated ecosystem that restricted healthy movement of nutrients and species within a watershed. Not cool!

Well then, let's just blow those old dams and make the world right again! Ooops not so fast, partner. While all the dam building was going on, something else happened as us humans also built new waterways to "help" our expanding society. And in some places, such at the Great Lakes region, we unwittingly allowed invaders to enter those huge ecosystems with devastating results. Watch the video here and read the Learn More section below to get the bigger picture of this invasive species story and its impact on our Great Lakes. To wade into the latest information and research on our Great Lakes and invaders, explore the Great Lakes Fishery Commission's website.

But if you really want to explore the world of invasive species, and wrestle with the challenges of reconnecting rivers around the Great Lakes, have your teacher and classroom download the free lesson activities below and watch the Sea Lamprey and Connectivity Conundrum classroom videos here (thumbnails in the upper right) so you can share in the peer-driven learning about the "de-evolution" of our Great Lakes and how scientists try to restore ecosystems while controlling invasive species. 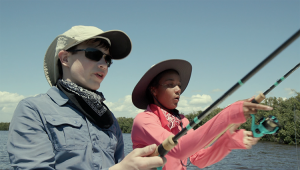 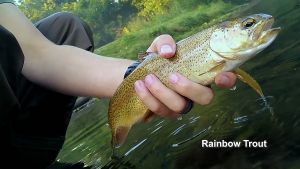 Into Fishing with Cane Poles 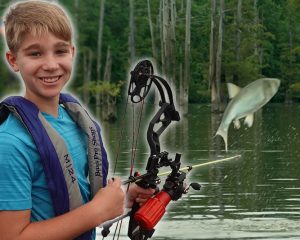 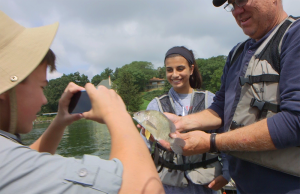