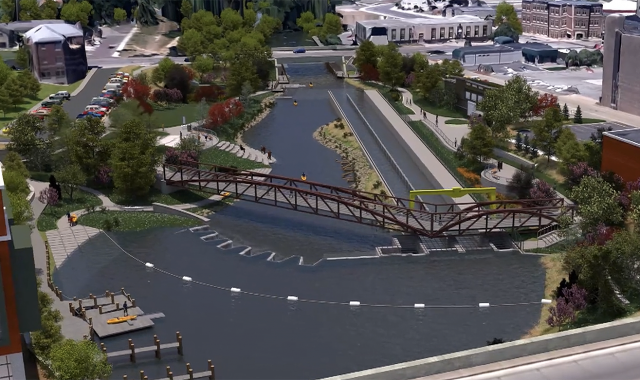 As you'll discover in watching this television program, and the two related classroom videos, deciding on what to do with old dams is a combination of science, biology, engineering and working with society stakeholders as professionals wrestle with reconnecting rivers. The answers are never simple and no matter what's decided, it's often so darn complicated that professionals call it, "The Connectivity Conundrum". Read on and watch the videos to learn more... 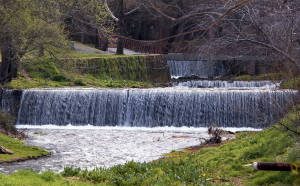 Maybe it’s only natural that us humans rarely think about how our actions today might impact others or the environment 100 years later. That was especially true back in the late 1800s when a fledgling America roared into the 20th Century. We needed lumber, electricity, transportation, and fossil fuels to feed the growth spurt of our young nation.

So we built dams. Lots of dams on lots of rivers, both big and small. We built some to last for centuries, others just using dirt and wood. They generated electricity, created backwaters, and we used the power (weight) of elevated water to drive grain and lumber mills (thus the word “mill pond” – a reservoir of water behind a dam that’s used for driving a mill-wheel).

Despite all the dam-good intentions, (mostly to make someone money), over time the dams grew older, backwaters filled with silt, they became idle and failed to generate enough power to bake a pizza or grind a loaf of bread. One solution was to simply walk away and let some later generation deal with it. Besides, what harm would it do just leaving it alone? 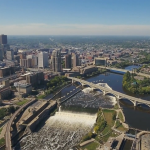 Sadly, the fact is, nothing lasts forever. And communities began discovering two things about old dams: 1) old dams can become hazardous and fail, endangering property and lives downstream, 2) old dams prevent aquatic and related ecosystems from functioning as they had evolved to do over millennium. In short, dams created a stagnated ecosystem that restricted healthy movement of nutrients and species within a watershed. Not cool!

4 troublesome species of the 180 unwelcome invaders. Can you ID them?

Well then, let’s just blow those old dams and make the world right again! Ooops not so fast, partner. While all the dam building was going on, something else happened as us humans also built new waterways to “help” our expanding society. And in some places, such at the Great Lakes region, we unwittingly allowed invaders to enter those huge ecosystems with devastating results. Watch the video here and read the Learn More section below to get the bigger picture of this invasive species story and its impact on our Great Lakes. To wade into the latest information and research on our Great Lakes and invaders, explore the Great Lakes Fishery Commission’s website.

But if you really want to explore the world of invasive species, and wrestle with the challenges of reconnecting rivers around the Great Lakes, have your teacher and classroom download the free lesson activities below and watch the Sea Lamprey and Connectivity Conundrum classroom videos here (thumbnails in the upper right) so you can share in the peer-driven learning about the “de-evolution” of our Great Lakes and how scientists try to restore ecosystems while controlling invasive species. 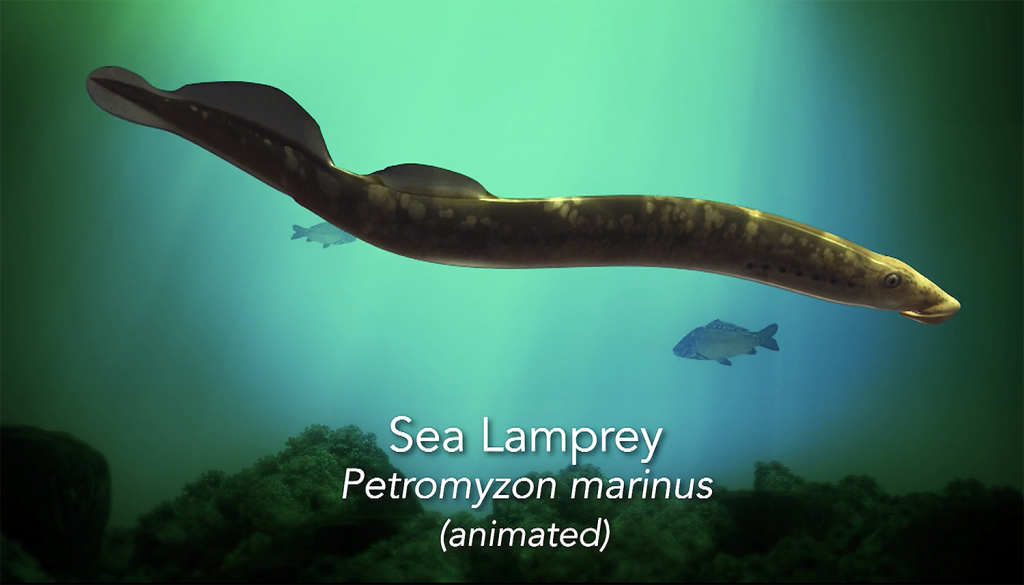 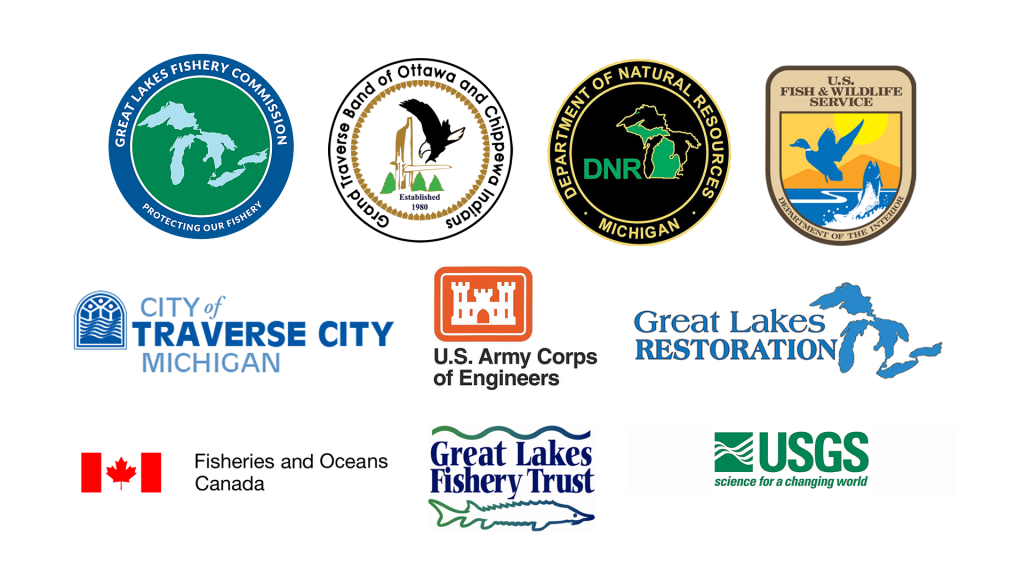 This river restoration project and FishPass is made possible by strong partnerships. To learn more about this project and the value of restoring rivers, search for, visit, and explore the websites of our educational partners shown here. They can also be a great source when you research for your classroom presentations and debate. 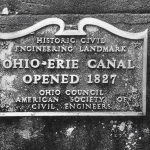 An early “vector” for invasive species

Our troubles in the Great Lakes began after we opened up new shipping waterways that connected them to the St. Lawrence Seaway and the Atlantic ocean. One of the early invaders (invasive species = organisms that invade a new environment or ecosystem and cause harm to parts of or the entire ecosystem) was the lamprey eel, or sea lamprey. Watch the video and you’ll see why they’re called the “vampires of the Great Lakes”. Because of the new fish species that they could now prey upon in the Great Lakes, they turned from a parasite (doesn’t necessarily kill its host) into a predator (kills its prey). In no time, they had all but devastate the Lake trout populations in the Great Lakes. 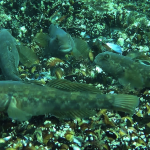 Shipping vessels from other parts of the globe also introduced all kinds of other invasive species into the Great Lakes from places like the Caspian and Baltic Seas. How many species you ask? Since the 1800s, the Great Lakes ecosystem has been severely damaged by more than 180 invasive and non-native species. These include; zebra mussel, quagga mussel, round goby, sea lamprey, and alewife that reproduce and spread like wildfire, ultimately degrading habitat, out-competing native aquatic species, and critically disrupting native food webs.

By now you’re wondering, so what does removing old dams have to do with all these invasive species? If you think about it, old dams have prevented many invasive species from get up river past dams to infect waterways. So if you remove dams (like opening up flow to the St. Lawrence Seaway) you allow invasion of invasive species. And may of these species then find new spawning rivers to complete the life cycle and further over-populate the Great Lakes. Yikes! Double-trouble. 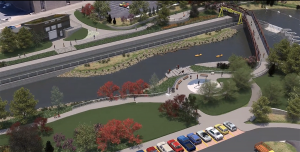 So what’s the solution? Teams of scientists and engineers with the Great Lakes Fishery Commission are embarking on a never-before attempt to design a “bi-directional selective fish passage” facility in Traverse City, Michigan. It will be the first of kind in the world and they hope research there will help crack the code to the Connectivity Conundrum.

But you don’t have to wait for them to totally figure this out. Your teacher can download the companion lesson activities here so your entire class can become aquatic ecosystem scientists to try and figure out a solution using research, presentations and debate in designing your own FishPass!