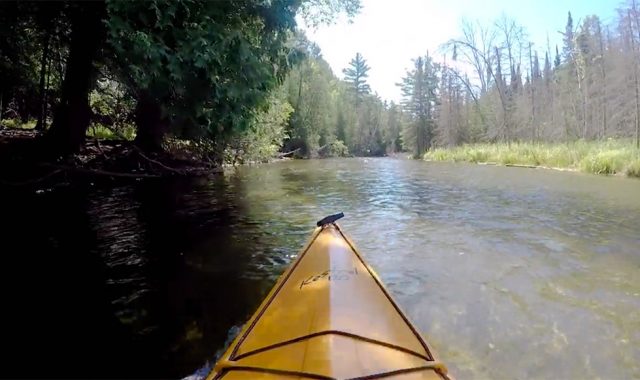 How will the decisions we make today impact the future of our environment 100 years from now? Few people ask that question today and even fewer pondered it 100 years ago when they used and often abused rivers across the nation to “benefit humanity”.

This new Emmy-winning film The Ottaway – A river Reborn, explores the history and future of humanity’s relationship with the Boardman River and how decisions 100 years ago set the stage for a remarkable restoration effort. 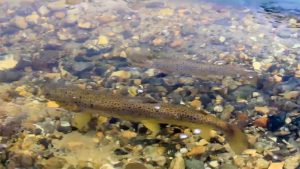 Throughout this website you’ll also find over 100 classroom educational films on science, nature and the environment, all with free companion lesson activities or discussion guides to empower students with peer-driven learning in school. Teachers will find abundant background and other supporting educational resources. 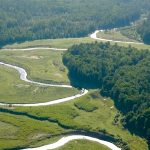 As you’ll see, the story of the Ottaway is told through the hearts of minds of over 30 various stakeholders, as they confront the challenges of turning back the hands of time by removing the three upper dams and modifying a fourth to once again connecting the region’s major coldwater river with the waters of Lake Michigan. This film weaves together strong Native American values, the complexity of a changing society, and the unspoken voices of nature’s population of “environmental citizens” whose lives are interwoven with… the rebirth of the Ottaway.

With funding support from the Grand Traverse Band of the Ottawa and Chippewa Indians, this documentary film also offers a blueprint on how communities across Michigan can navigate the challenges of dealing with the state’s 2500 outdated dams that face similar fates as those near Traverse City. 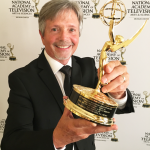 Over two years in the making, this film was produced by Dan Bertalan, an Emmy-winning documentary producer with deep roots in Michigan and environmental justice. This film recently won an Emmy from the Michigan Chapter of the National Academy of Television Arts & Sciences. The film was broadcast via CMU Public Television and public television affiliates across Michigan. Also, the Outdoor Writer’s Association of America awarded the film honors as the top Conservation Documentary in their national awards.

Plans are already underway for a sequel documentary as the final chapter of the river unfolds with the building of a state-of-the-art selective fish passage that will once again connect spawning fish from the Great Lakes with historic waters they haven’t been able to reach in over 100 years.